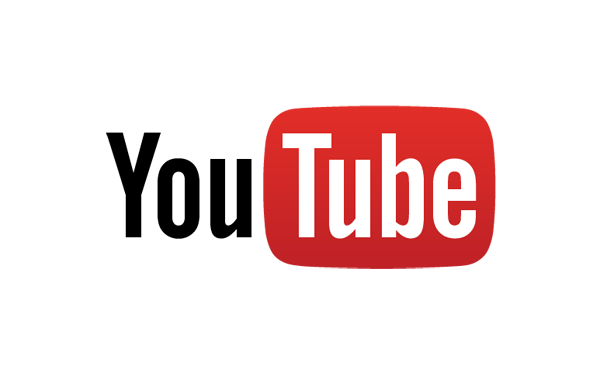 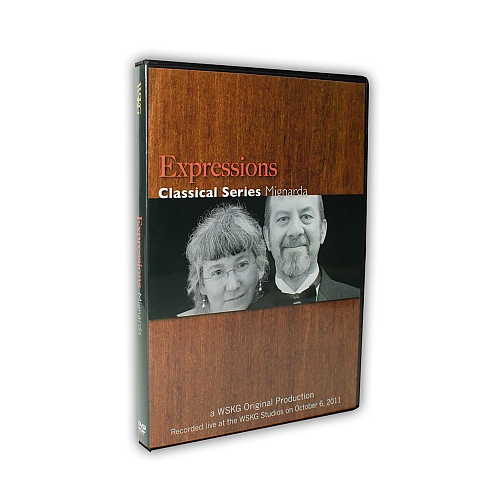 Our video channel features a sampling of clips from live performances and unique versions of particular songs or lute solos that may not appear elsewhere.

For those of you (like us!) who aren't able to see our PBS television appearance frequently re-aired on WSKG-TV in Binghamton, NY, PBS has released a DVD which is now available from ShopPBS.org. The DVD (and the free stream, below), includes the entire concert program, recorded before a live studio audience at the WSKG studios in Binghamton, NY, as well as a few edited snippets of interviews with us about the music. Thanks to those of you in the UK and elsewhere who've written to ask, alas - it's only available in the NTSC format used in the US and Canada.

The entire 54-minute program is also available to stream 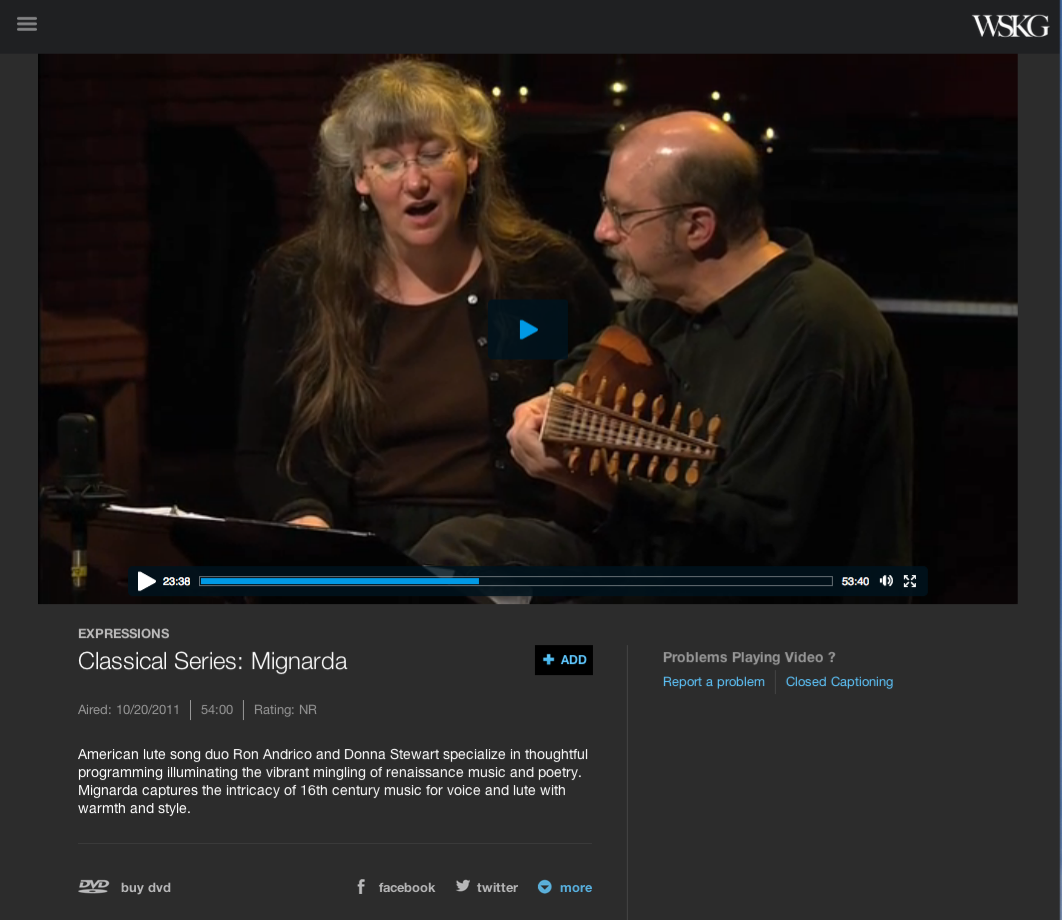 Think hard rock. Think heavy metal. Think of the most intrusive, aggressive music that you can imagine.

Then go to the complete opposite of the spectrum, and you have Mignarda – a lute and voice duo that will be featured on WSKG’s Expressions program at 8 p.m. Thursday, Oct. 20. I attended a taping and was treated to a front row seat, about 15 feet from the performers.

Quiet and subtle, yet jam-packed with feeling, mezzo soprano Donna Stewart and lutenist Ron Andrico offered a window into the intricacy of 16th and 17th century poetry and music from France, Italy and England. They didn’t miss an emotion – unrequited love, fear of death, extreme romantic passion, not to mention the depths of grief and joy. There were a few “nymphs and shepherds” songs as well, sweetly sad and seductive.

Called “the greatest song in the English language,” the climax of the performance was Dowland’s “In Darkness Let Me Dwell.” Utterly exquisite.

Stewart has an extraordinary control over her vocal instrument – a deep, warm and rich voice, with crystalline diction making all three languages understandable. Even if you don’t speak Italian or French (or arcane English), the emotions came through loud and clear through her graceful body language and radiant, bewitching facial expressions.

Andrico performed on two Renaissance lutes. At one point, changing temperatures under hot lights and fluctuating humidity threw the delicate instrument into a frenzy of despair all its own. “The lute and I will have this out later!” he quipped, after a short display of the onerous task of tuning a lute (this will certainly be edited out for the show). Almost every song was preceded by a solo lute “ricercare,” showcasing his virtuosity and improvisation skills on this extremely difficult instrument.

You can download their music on iTunes, Amazon, CD Baby, ClassicsOnline or the Naxos Music Library. Five hundred-year-old music on your iPod? Why not!